You are here: Home / Archives for Google SOPA strike

January 18th, 2012 is the largest online protest in history, to stop the internet censorship bills, SOPA & PIPA. Join in by blacking out your site and urging everyone you can reach to contact Congress now.

See how other websites protest against SOPA

On Jan 24th, Congress will vote to pass internet censorship in the Senate, even though the vast majority of Americans are opposed. We need to kill the bill – PIPA in the Senate and SOPA in the House – to protect our rights to free speech, privacy, and prosperity. We need internet companies to follow Reddit’s lead and stand up for the web, as we internet users are doing every day.


PROTECT-IP is a bill that has been introduced in the Senate and the House and is moving quickly through Congress. It gives the government and corporations the ability to censor the net, in the name of protecting “creativity”. The law would let the government or corporations censor entire sites– they just have to convince a judge that the site is “dedicated to copyright infringement.”

SOPA is an anti-piracy bill working its way through Congress…

House Judiciary Committee Chair and Texas Republican Lamar Smith, along with 12 co-sponsors, introduced the Stop Online Piracy Act on October 26th of last year. Debate on H.R. 3261, as it’s formally known, has consisted of one hearing on November 16th and a “mark-up period” on December 15th, which was designed to make the bill more agreeable to both parties. Its counterpart in the Senate is the Protect IP Act (S. 968).

The language in SOPA implies that it’s aimed squarely at foreign offenders; that’s why it focuses on cutting off sources of funding and traffic (generally US-based) rather than directly attacking a targeted site (which is outside of US legal jurisdiction) directly.

The Stop Online Piracy Act in the House and the Protect IP Act in the Senate are backed by the movie and music industries as a means to crack down on the sale of counterfeit goods by non-U.S. websites. Hollywood studios want lawmakers to ensure that Internet companies such as Google share responsibility for curbing the distribution of pirated material.

A legislative push led by the Washington-based Motion Picture Association of America and the U.S. Chamber of Commerce, the nation’s largest business-lobbying group, has run into a backlash from Web companies that say the bills would saddle them with new liabilities and technology mandates.

SOPA is, objectively, an unfeasible trainwreck of a bill, one that willfully misunderstands the nature of the internet and portends huge financial and cultural losses. The White House has come out strongly against it. As have hundreds of venture capitalists and dozens of the men and women who helped build the internet in the first place. In spite of all this, it remains popular in the House of Representatives.

Some of the internet’s most influential sites—Reddit and Wikipedia among them—are going dark to protest the much-maligned anti-piracy bill. 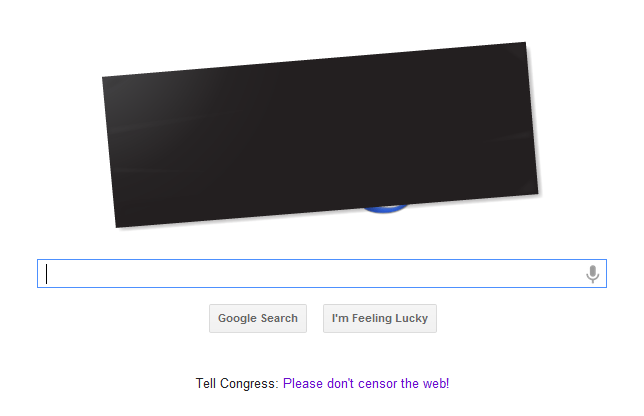 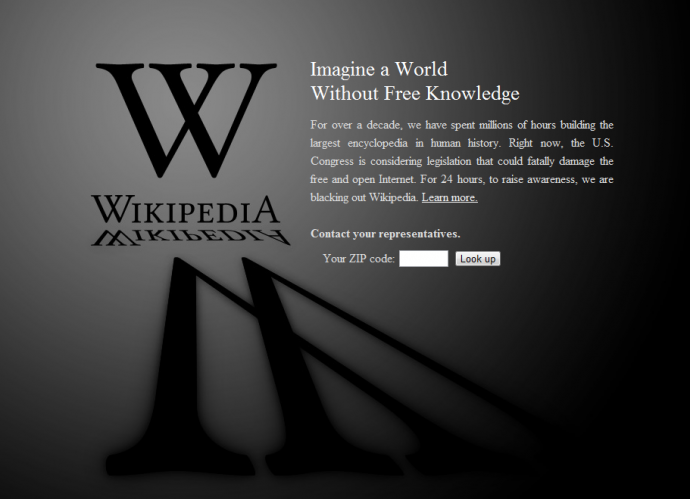