You are here: Home / News / Life, work, and how mobile phones are changing both 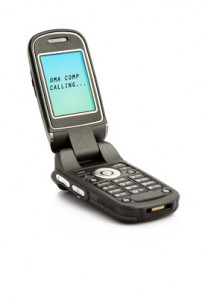 As life and work blur into one another more and more every day, it’s important to consider how we can better prepare ourselves, and our devices, to better be in cohesion with one another. Losing a mobile phone or tablet can be detrimental to one’s privacy, and potentially their client’s if precautions have not been taken to hide such information in an event such as this. Roughly $30 billion dollars’ in mobile phones go missing every year, and as much as 70% of those phones aren’t password protected. Just imagine all of the information on those phones that can possibly be stolen and used at the original owner’s expense? Imagine walking into work and realizing you phone isn’t in your pocket. Is it in the car? Is it at home? Did you lose it?

It used to be primarily desktop computers hackers were after, but that doesn’t seem to be the case anymore. Mobile phones are now being targeted more and more by hackers and it is becoming increasingly alarming. What they do is attack from an external network, and they then breach data files with valuable information such as an address of credit card number.It isn’t just one party that’s always guilty. At times it is that of a fellow employee, of even an employer. While it might not be released intentionally, companies tend to release large amounts of data out into the world through all of their outlets and devices. This makes them that much more vulnerable to some of that information being stolen and used. Having a set group of people that manage and maintain such a system can make these kinds of situations a thing of the past.

Malware and illegitimate programs are becoming extremely common amongst mobile phone users. Download the wrong app and boom; you’ve successfully downloaded Malware onto your phone. This also makes your phone susceptible to data extraction, handing your friends and contacts to phishers and scammers.
Ultimately, what is needed is an all-device-dashboard, so if your phone is stolen or compromised in any way, you can go back and erase anything of value. Client records, bank statements, social security numbers – the devices we carry are truly becoming part of us in more ways than we realize. It’s about time we start treating it as such.