On Monday at its annual Worldwide Developer’s Conference (WWDC), 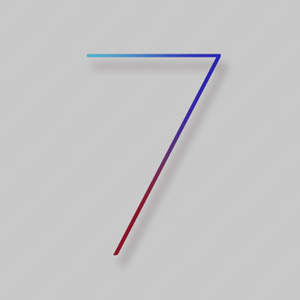 Apple unveiled a number of upcoming upgrades for various products that we’ll be seeing later this year. One of the more subtle announcements was that of the Mac Book Air. All around there were upgrades you’d expect coming from Apple around this time. With an all new, flash-based memory model, the new Mac Book airs will be faster than ever before. Better battery life, WI-Fi reception, and processors are also in line for the new Mac Book Airs.

On the more exciting side of things, Apple also gave a sneak peek of its newest powerhouse computer, the mac pro. Sporting a revolutionary cylindrical design, the computer uses unified thermal cooling at its center, where it is blown out through the top by a large fan. This is the almighty Mac Pro, so you’d better believe Apple didn’t skimp out on its upgrades – everything is pretty much double from its predecessor, giving you the most powerful Mac Pro the market has ever seen. Expect to see it out in the fall sometime.

Another big hit during the keynote was the upgrade of Apple’s mobile UI, iOS. The iOS 7 was a real breathe of fresh air compared to a rather stagnant aesthetic between the last few updates to the software. An all new minimal, modular grid system has everything more unified than ever. We’ll wait and see if third party developers follow suit with what they’ve done. I have a feeling they’ll keep making the crappy icons they’ve always made, but at least Apple gave an effort. Another new feature is the control center, a swipe-up addition that, you guessed it, allow you to control everything from the WI-Fi to the brightness. Airdrop is also an exciting new innovation, allowing fellow I Phone users to share files wirelessly. This is also due to be out later in the year.

Innovate much? Apple really seems to have taken the remarks of their critics to heart, showing them that they can in fact re-invent themselves, product by product. As exciting as their keynotes have become (I feel like I’m watching a magic show sometimes), let’s hope that the products themselves hold up to the Cupertino computer company’s name.